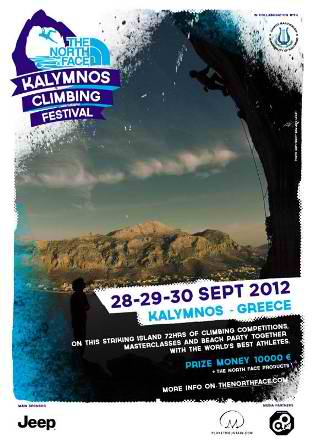 News about the highly anticipated first The North Face Kalymnos Climbing Festival which will take place on the Greek island from 28 - 30 September 2012.

Kalymnos? Rock! So much rock, more than you can ever imagine. So much so that the eyes of all climbers shine brightly when they hear the name. Yes, this small Greek island really is a paradise on earth for sport climbing and ever since the first route - put up by Italian Andrea Di Bari in 1997 - Kalymnos has become a sought-after destination for all climbers worldwide. We'll stick our neck out: perhaps one of the most-sought after of all!